In a previous post I wrote about four skirts I bought last year. I love the fabrics and although the skirts were size 3x and 4x I figure I could use the fabrics and re-make the skirts. Well my first attempt was disappointing. The skirts were poorly made, the workmanship was awful. I cannot believe the poor quality people pay money for. Anyway it was the end of the summer and the skirts were dirt cheap. After re-making the skirt here is the result. 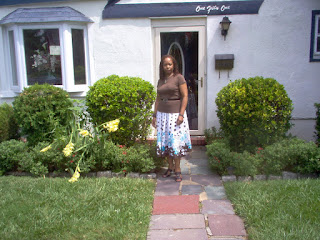 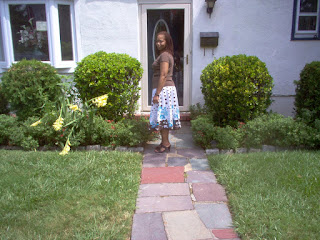 Another pretty skirt and love the color combination.

Thank you for your kind comments. This was an experience. This turn out to be somewhat of a challenge, because of the prints. Anyway I am please with the result

I love the fabric - brown and teal are a favourite combination of mine. Nice work!

Excellent save! You handle that print beautifully.