Hello
It has been a minute since my last post and I have a lot to share. My goddaughter(#2) is expecting her first baby any minute now. The baby shower was August 10, 2013. Two weeks before the shower goddaughter #1 told me she needed 10 more centerpieces for the tables. There were a total of 20 tables with 10 guest at each table.  We decide on making diaper cakes. I've never made a diaper cake. After consulting with my dear friend Ms Diva and with much encouragement from another Diva Ms Rosie, I began to work on the diaper cakes. Below are a few photos of the diaper cakes 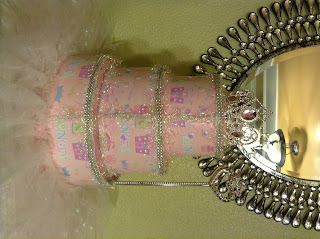 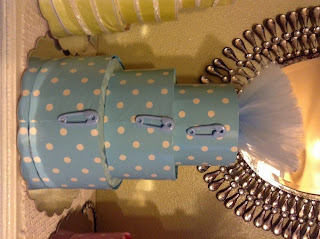 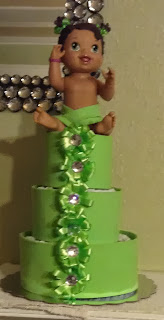 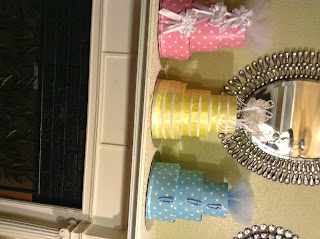 On the day of the shower there were 230 guest. If you are familiar with Panamenian parties, a baby shower is a big celebration and the mom to be is treated like royalty. Below is a photo of the future mom and dad. 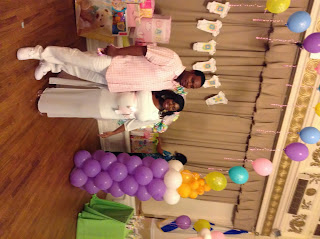 After the shower goddaughter #2 decided that she wanted special thank you cards for friends and family members who contribuited time and money to make the baby shower a success. Again I ventured into an area that I knew nothing about. After consulting with Sheila and watching several You Tube tutorials this was the end results 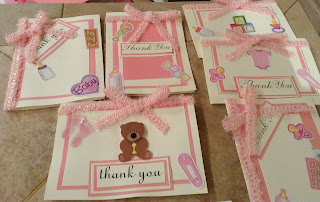 On the inside of the card on the right side is the future parents name and on the opposite side is a photo of both parents that was taken by a professional photographer.I did not obtain permission from her to post that particular photo; her tummy is exposed, she was surrounding by yardages of shimmering tulle that went from deep pink to soft pind to white&nbsp.It's felt like she was floating in the sky. Just beautiful. 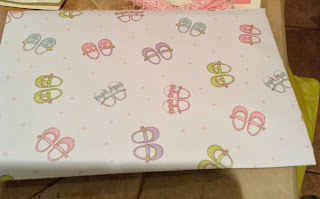 The pic above is the envelope that I made using scrapbook paper for the thank you cards.
A big thanks to all the folks on You Tube who post videos. I did watch several vidoes on YouTube on diaper cakes and making cards. Also, Thank you Sheila and Rosie.
at September 25, 2013

Alethia, you put in a ton load of work and got fantastic / beautiful results. I hope your goddaughter was thrilled to see them.

Now, you need some down time for yourself!

Rosie, we'll said, thank you for your friendship & support.